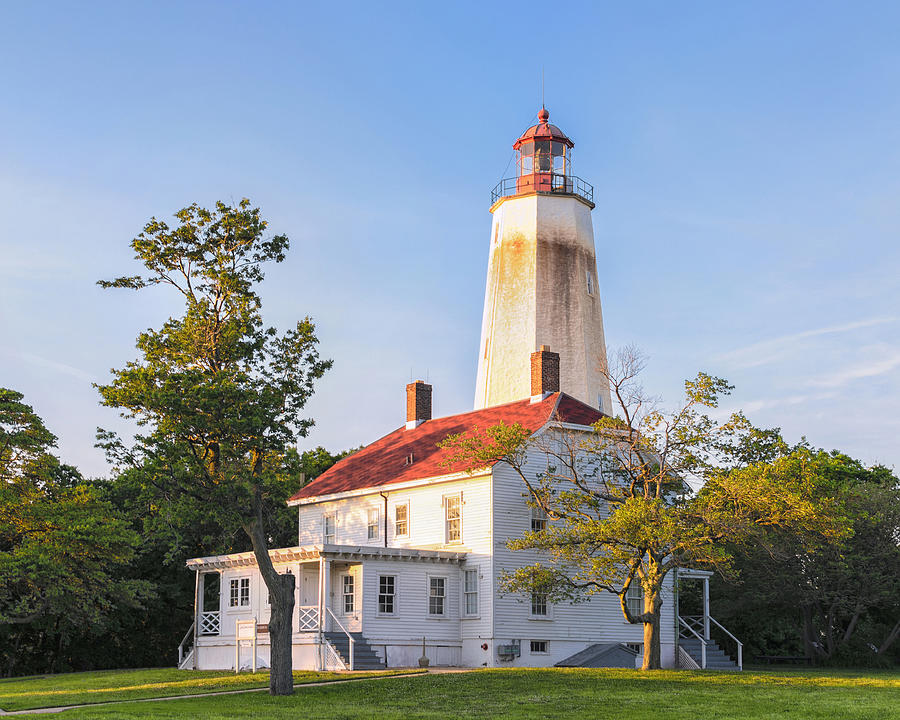 The Sandy Hook Light House and Keeper's House, Gateway National Recreation Area, Sandy Hook, New Jersey, June 2013. It is the oldest original tower still standing and in use in the United States, lit for the first time in 1764. Funded by a group of New York merchants to provide safer passage into New York Harbor, it was originally called the New York Lighthouse. One of 12 lighthouses built by the original colonies, it was ceded to the United States in 1789.

Great image of this old lighthouse!

Love the weathering on the old lighthouse...

This is very beautiful Marianne

Beautiful feeling of warmth and sunlight in this scenic image, Marianne!

Thanks everyone for the kind comments likes faves and shares and thanks to Anne Norskog for featuring this in Lighthouses in Drawings Paintings and Photography!