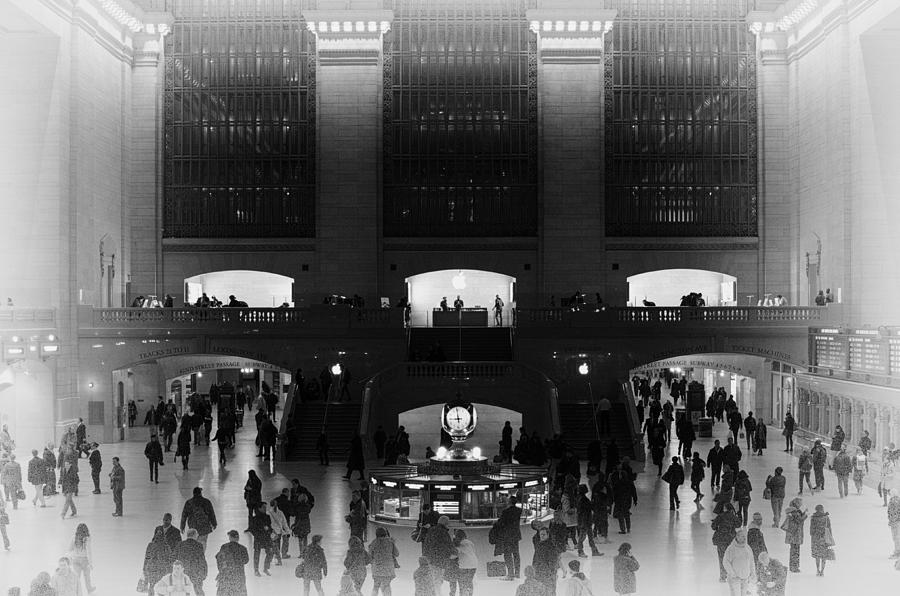 When my husband and I were first dating, we both worked in Manhattan and were planning to meet at the station one night after work when all trains were cancelled. That night, it was the epitome of the expression "as busy as Grand Central Station," but despite the huge crowds, our eyes locked across the crowded terminal and we found each other. He had flowers for me that night. So, for me, it is not just a place I've visited since childhood, or the place I commuted to for years, but it also is a place of romance and possibility. I've tried to imbue it with that feeling of romance and its sense of history by vignetting this black and white image.

Love the symmetry of form and prominence of the iconic clock in this vintage feeling nyc scene Marianne.

Love the old-timey feel to this. Great processing and presentation.

Beautiful presentation of this iconic place!

Great vintage film feel to this!

Great capture of this iconic station

One of my favorite places to photograph!

I love the ghostly affect in this excellent black and white.

Wonderful capture of this iconic station!

I love the hustle and and bustle of a train station...wonderful in B & W