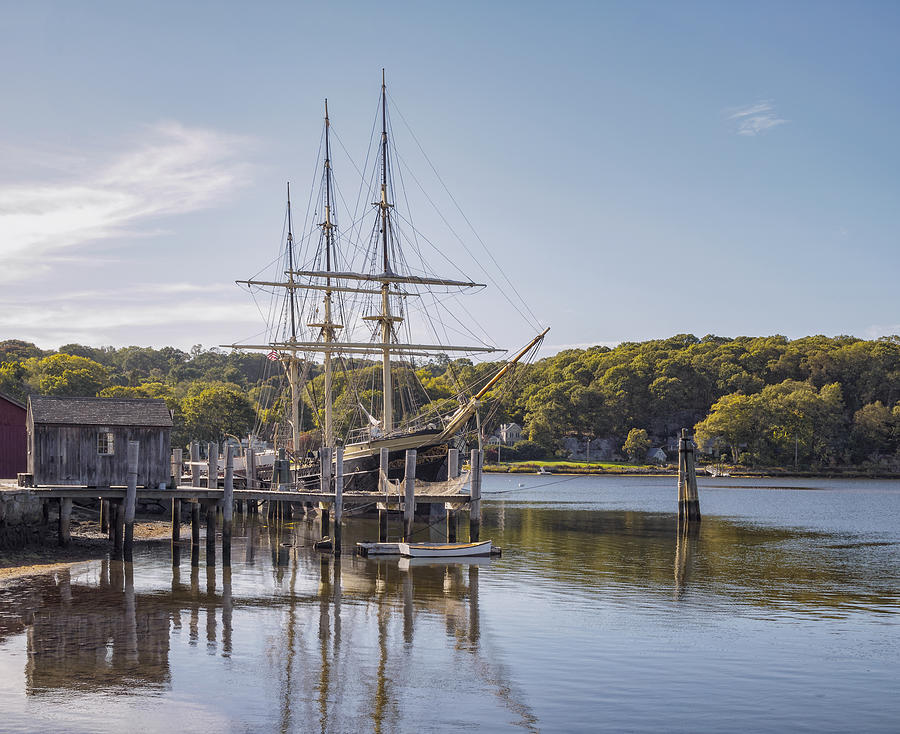 There's a great feeling of history in this image...well done!

Fabulous reflections captured in this

Imagine the history this ship has seen in this beautiful nautical landscape.

A beautiful seaport image Marianne. Love the reflections and light.

Nice view of the docks and ship. Have visited that tallship when in Mystic and hope to get back one day. Lovely piece of history.

The rustic dock and structure add a layer of history to this lovely ship.

What a stunning capture!!! Beautiful composition, light, and clarity!

Beautiful....so peaceful, yet so imposing!

Excellent, love the lines of the ship and the lighting on the trees!