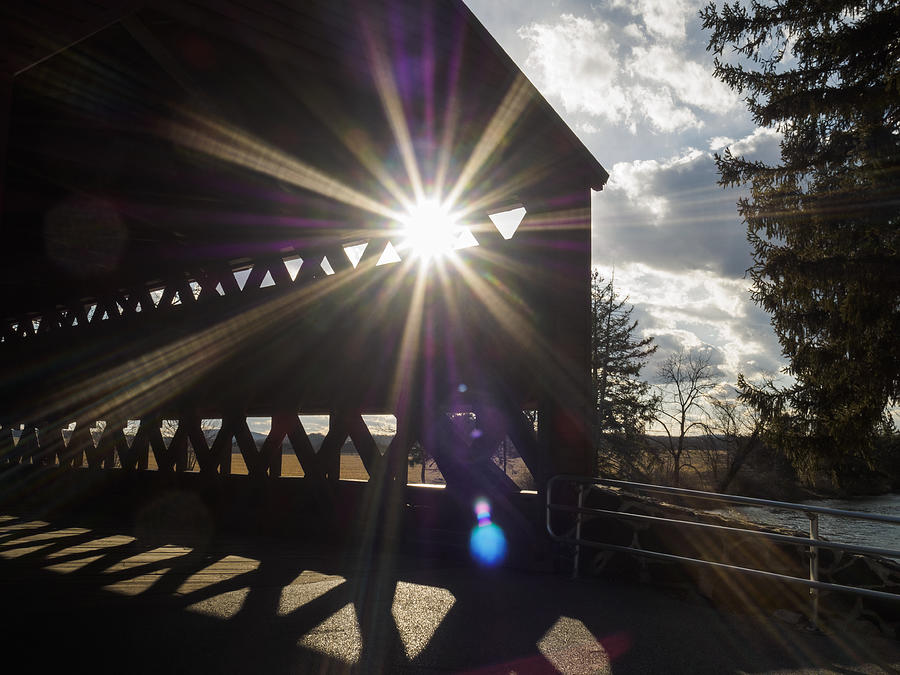 Sunlight through the Sachs Covered Bridge in silhouette. Also known as the Saucks Covered Bridge, it is just west of Gettysburg National Military Park in Adams County, Pennsylvania. The red wooden town truss bridge made of oak and pine, was built by David Spooner in 1854 and used by the Confederate Army during the battle at Gettysburg in 1863. The bridge was repaired after heavy rains washed it from its foundation in 1997. The red wooden covered bridge, which crosses Marsh Creek, is a favorite of ghost hunters having been the site of a triple hanging and due to its location near the site of a Civil War battlefield hospital. Two ghost hunters were there when my daughter and I arrived to photograph it and I love that I was able to capture this somewhat mystical feeling as the sun began to set.

Yeah...the sunburst to end all sunbursts---love it

Awesome catch of the light!

Love the silhouette forms and burst of sunlight Marianne.

Perfectly timed and I enjoyed reading the description. Ghost hunters!

Cool sun star/lens flare and interesting info about this covered bridge. Nice pattern in the shadows from the latticed walls.

Excellent placement of the sun star!

Great sunburst and love all the angles!