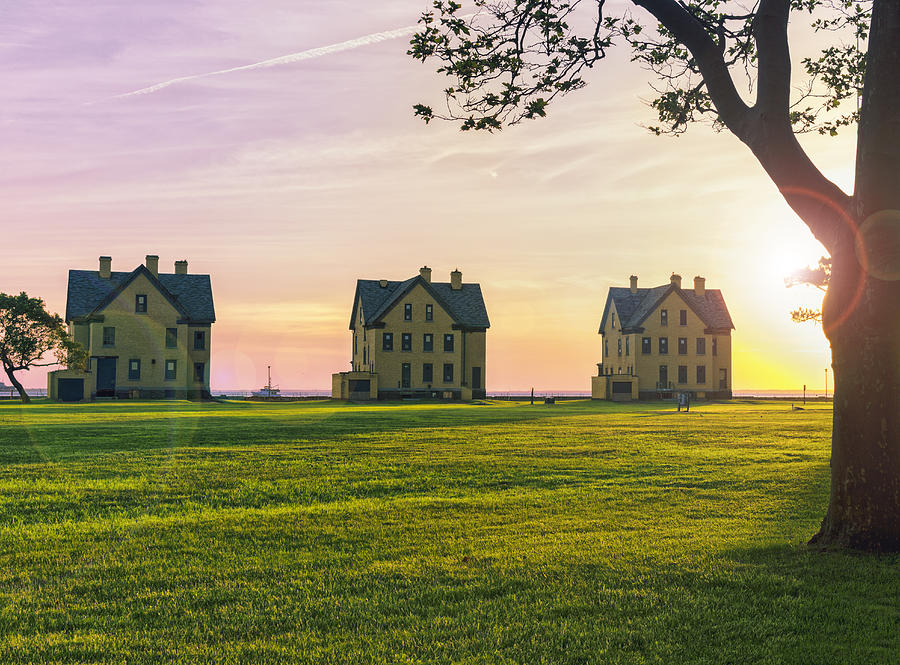 Summer sunset along Officers Row at Fort Hancock, a former army base, now part of Sandy Hook National Recreation Area, Sandy Hook, New Jersey. Although officers homes on an army base normally face the parade ground, these yellow brick homes face Sandy Hook Bay to take advantage of the view. The play of light from the setting sun leaves golden streaks across the green grass of a new mown lawn on the former Parade Ground.
Already in disrepair since the base was decommisioned in 1974, a 15-foot storm surge from superstorm Hurricane Sandy wiped out the front porches, which were braced up to prevent further collapse when this photo was taken on June 5, 2013, seven months after the storm hit the east coast.

This is very pretty Marianne

You made these simple houses look so beautiful l/t

Congratulations on having this image featured in the New Jersey group !!