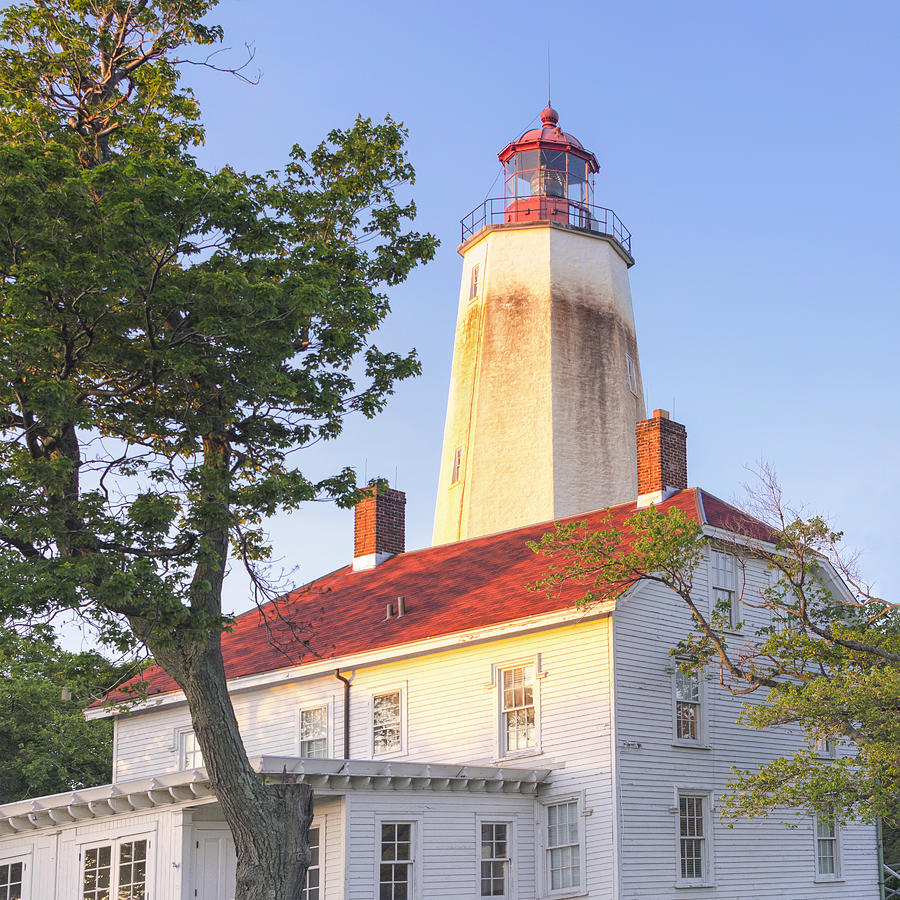 The Sandy Hook Light House and Keeper's House during the blue hour as the sun sets. You can see the reflection from the pink sky on the white of the keepers house and lighthouse. Although it is located in the Gateway National Recreation Area in Sandy Hook, New Jersey it is considered a New York lighthouse since it protects New York Harbor; in fact, it was originally called the New York Lighthouse.

Sandy Hook lighthouse is the oldest original tower still standing and in use in the United States, lit for the first time in 1764. It was funded by a group of New York merchants to provide safer passage into New York Harbor

It is one of 12 lighthouses built by the original colonies, and was ceded to the United States in 1789. The British captured it during the Revolutionary War, and so the colonists tried to shell it but gave up because the walls were so thick that damage was minimal. And it's still standing.

It is one of many beautiful lighthouses that I have visited in New Jersey. Check out the rest in my New Jersey and Lighthouse Collections. I still have some more I'll be adding in 2019.

Love this photograph and your story!

Beautiful capture of the lighthouse and love its old wall paint

love the colors in this!

A beautiful lighthouse and great capture!

Outstanding composition and great use of light