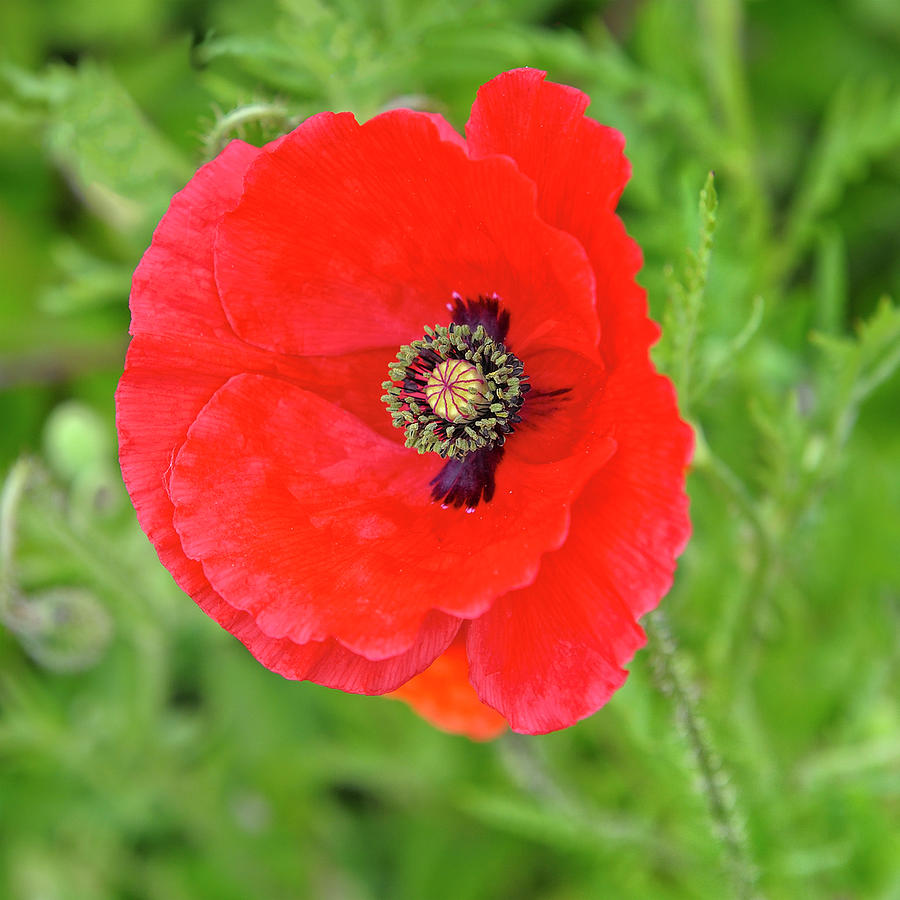 Close up macro image of a beautiful Red Poppy Papaver rhoeas in a spring garden meadow, Northampton, Massachusetts, taken in the late spring. Other common names for this popular wildflower are Corn Poppy, Flanders Poppy, and Shirley Poppy. A portion of all profits from sales of this image will be donated to the Wounded Warriors Project as explained in detail below.

Red poppies are a symbol in both the US and the UK in honor of those who fell in the line of duty since World War I, often sported on Armistice Day aka Veterans Day (US) and Remembrance Day (UK), November 11th, for the armistice that ended World War I on the eleventh hour of the eleventh day of the eleventh month. The poppy symbol comes from the John McCrae poem In Flanders Fields. Thus, while this image is a beautiful reminder of spring and summer appropriate for any decor, it is also a special tribute to veterans. In honor of our veterans, each November, I will donate a portion of all profits from sales of prints of this image made throughout the year, to the Wounded Warriors Project.

This photograph was licensed as the June image in BrownTrout Publishing, Inc.'s 2016 Motivation Wall Calendar.

It hung in a show at the Martin Stankiewitz Gallery in Tarrytown, New York in the fall of 2015. In the summer of 2016 it was featured in my first solo pop-up show in Armonk, NY, where it sold and now hangs in the office of an art collector. It is available here in various sizes as an open edition print.

Wonderful close up of this gorgeous poppy flower!

Wonderful color and detail on this beautiful capture, Marianne!

Thanks for the feature in Flower Beauty!