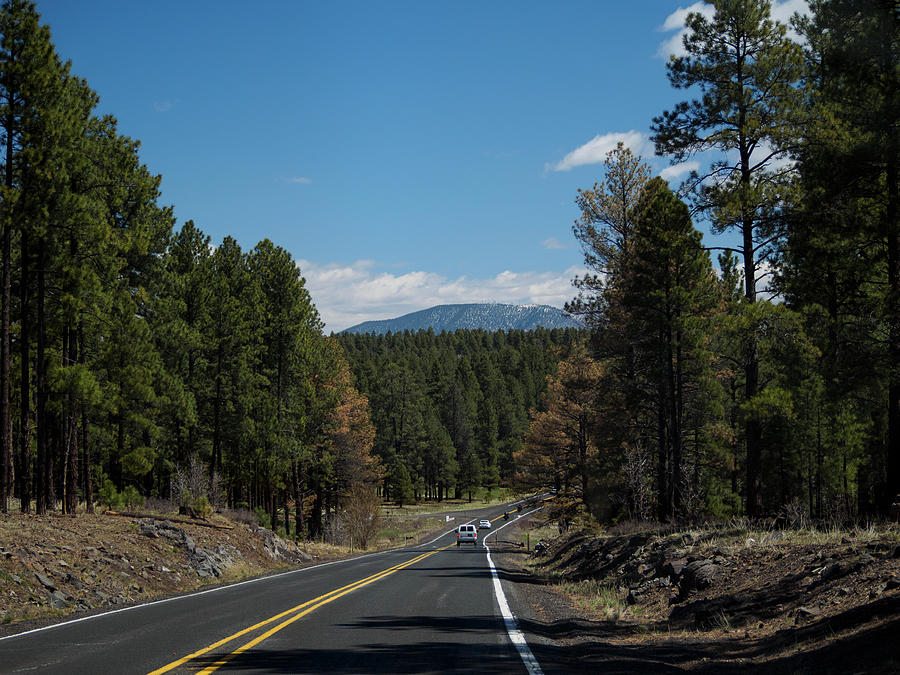 Peeking at the Peaks

Peeking at the Peaks

The snow capped mountains known as the San Francisco Peaks peek out from the horizon as we were driving through the Coconino National Forest in Arizona. The snow covered peaks are the remains of an eroded stratovolcano.

Fresh snow had fallen at higher elevations the night we arrived in late April, giving the mountains a fresh dusting, but it was already very hot in Phoenix and we visited the desert early in the day to avoid the hear. Arizona has such a diverse and beautiful landscape.

USA Photographers
Images that Excite You

Love the POV on this shot! L/F