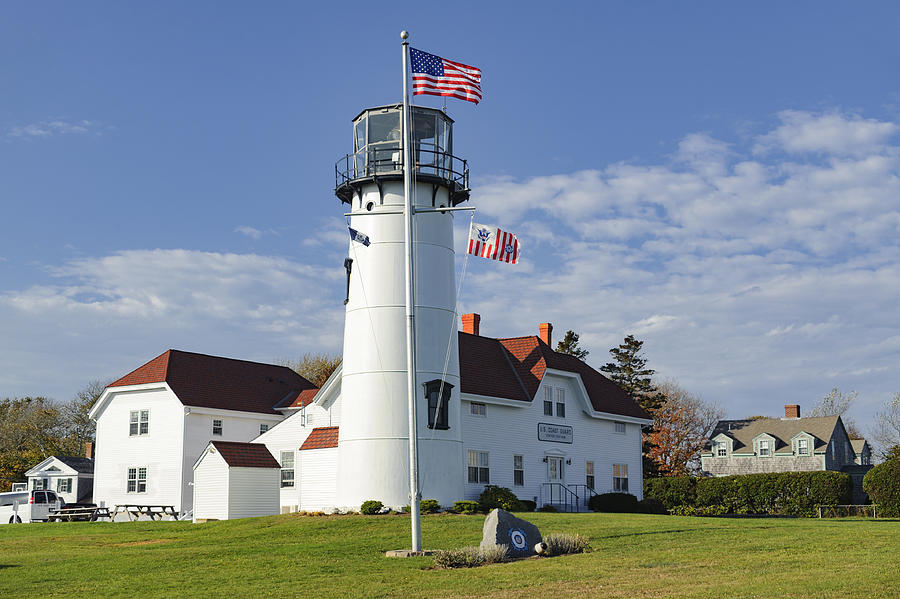 The Chatham Lighthouse in Chatham, Massachusetts on Cape Cod is one of two light houses that originally stood at the site. Its sister tower was moved to Eastham in 1923 to replace the Three Sisters lights and is now known as Nauset Light. You can see views of that lighthouse in my New England collection.
Chatham Light is a white conical cast-iron metal structure with a brick interior. It was erected in 1877 as one of two sister lighthouses built to replace towers built in the early 1800s, when Thomas Jefferson was president, and their replacements erected in 1841. The Fresnel lens, which was electrified in 1939, was replaced by rotating aerobeacons in 1969. The lighthouse is still under the authority of the United States Coast Guard. Tours of the lighthouse are run by the Coast Guard Auxiliary.

Marianne, Congrats on your sale

Congrats on your sale!

Love all your lighthouses..you have such a special touch with them and truly make them shine.

Beautiful; congratulations on your sale!

Thanks and thanks for the feature in New England Photographs!