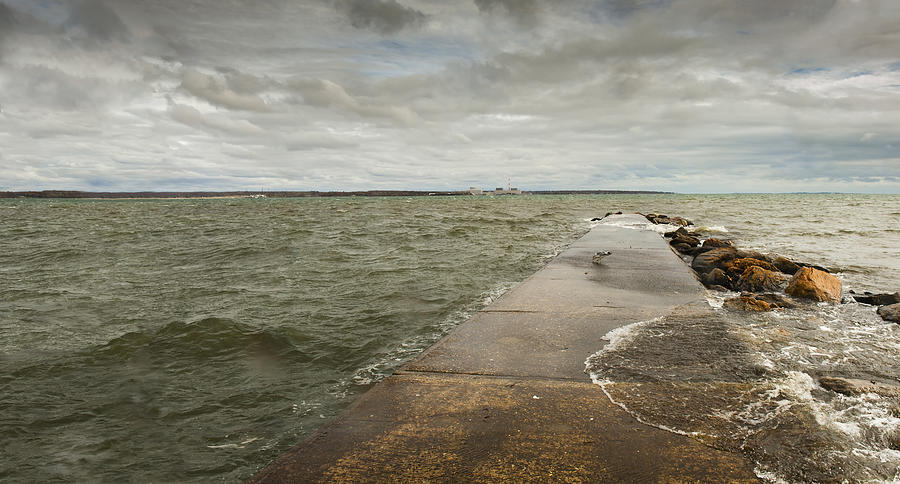 Calm Before the Storm

Calm Before the Storm

With Hurricane Sandy still a day away from reaching land in New England and along the Atlantic coast, clouds, wind and surf build up along the Connecticut shoreline in Niantic, CT. View of the calm yet charged atmosphere before the impending storm. Seen from Main Beach Pier at Black Point Beach Club looking out toward the Millstone Nuclear Power Plant. Much of the Connecticut coast suffered damage, including this beach, although the brunt of the storm hit further south in New York and New Jersey. A gull seem oblivious to the rising waves.

Revisited...wonderful feel to this image!

Thanks so much Darren Fisher for featuring this in your group Water Water and Water - this storm surge certainly fits the bill :)

Wow, Marianne, this is a fantastic image, dramatic, but very beautiful!

Great capture of the mood, Marianne. You can feel the impending storm.

Fabulous image this is a favorite!

I can feel the storm approaching in this image! Wonderful capture!

This is great, once in a lifetime shot!

You really can almost feel the tension in the air as you view the water and sky in this shot before the storm...well done!

beautiful natural composition; love to walk the jetties; thrilling to be so close to the ocean waters